Home > Articles > How does voice over internet protocol voip work

How Does VoIP Actually Work?

VoIP is much more than Skype, however. It is now in fact the dominant method of transmitting voice calls around the world and can be used both through proprietary networks or though communications systems that transmit over the Session Initiation Protocol (SIP). 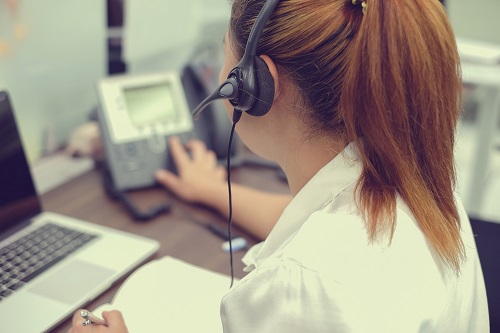 But how exactly does it work and what makes it different from the office handsets of old?

This explainer article hopes to clarify exactly what goes on when you place a VoIP call.

The answer to how VoIP differs from traditional telecommunications can be found in the acronym itself. VoIP refers to a specific internet protocol which is designed to facilitate voice communications over an IP network. If you use the internet, then you already know what an IP network is on a functional level—it’s the system of layers and set of standards that essentially enables the internet to operate.

What we call the “internet” actually works by sending packets of data in 2 directions between endpoints, called the source host and destination host. But because the internet is so vast, different standards have to be formulated to help distinguish between different types of communications. When these distinguish between certain internet endpoints (in old networking setups, often physical connections on a server rack), these are said to travel over different ports. And different connection streams—say simple internet browsing traffic versus an FTP connection uploading data to a server — typically travel over different protocols and ports.

For one, VoIP is a digital-only method. That means, unlike in traditional PSTN setups, human voices (analog sound signals) are converted into digital packets, travel over a network, and are then played back as sound signals in the listening device of the other party. Nowadays, PSTN is almost entirely digital in its core, but the system was originally conceived as a system for creating analog links between fixed telephones, and that original system remains in place where developers have less access to technology.

VoIP can actually be implemented in different ways. Some of its protocols are proprietary, whereas others are open source. Well-known protocols in widespread deployment include the SIP protocol for connection management, and the Real Time Transport Protocol (RTP), which includes a video layer. There are even protocols (such as XMPP) which have been heavily optimized to work with certain types of operating systems, such as open-source Unix-based desktop environments. At the carrier level, VoIP packets traveling from source to destination and back are exchanged by a technology called packet-switching, which is far faster and more effective than its older equivalent, circuit-based switching. Thus, the time to initiate a long-distance international phone connection is typically shorter when using VoIP systems.

In reality, however, VoIP is more than simply a system for digitizing voice calls by routing them over the internet rather than through a separate network. VoIP may be a protocol designed to transmit human voices, but it is often employed as a layer within a broader technical stack, such as that which might be used in a video-conferencing setup, in which the VoIP connection would work in synchronicity with a video feed.

What Equipment Do Operators Need?

A huge advantage of VoIP over its PSTN-based phone systems is the fact that VoIP services can be accessed anywhere that has a reliable internet connection. Although the use of fixed-line “landline” devices has greatly diminished among business customers, such devices needed to be physically wired to a connection, or network box, which was physically connected to the subscriber network. This greatly reduced companies’ ability to re-provision fixed line setups at new locations without having to switch to a new provider.

All businesses need to use VoIP are: VoIP-enabled phones, and a subscription to a VoIP software and provider. In fact, even regular telephones can be used, so long as they are fitted with an adapter that converts the input to analog just before it reaches the handset.

Of course, to actually conduct the calls themselves, companies still have to have a subscription to a VoIP provider, which handles the transmission of the calls to their destinations.

In a typical enterprise setup, a large number of connected handsets will be connected over a Private Branch Exchange (PBX) server which will both route calls among the endpoints and also place connections to the outside network. The company will subscribe to a VoIP service provider which will bill for the total volume of calls placed.

While it’s possible for a call over a non-proprietary system to travel from source destination entirely over VoIP, VoIP networks also integrate seamlessly with traditional PSTN networks (this is partially why VoIP providers are required). This means that there are no limitations as to which numbers can be dialed once a company has moved entirely to a VoIP-based telephony system.

The final piece of the puzzle (which business owners don’t typically have to worry about configuring themselves) is SIP trunking. SIP trunking essentially guarantees that VoIP traffic will travel directly between the business router and the ISP. This means that the data line is physically separated from the main traffic subscription. In the event that a business experiences an unusually high call volume, for example, it needn’t worry that the extra bandwidth being consumed will have a knock-on effect on the quality or speed of the main data connection.

What Advantages Does VoIP Offer?

For business operators, there are many advantages to choosing a VoIP-only telephony infrastructure over a PSTN-based one.

Because the physical infrastructure needed to configure VoIP networks (at the carrier level) is less costly than for PSTN, the costs of VoIP subscriptions are generally significantly lower than comparable level of services on PSTN-based plans. Top VoIP systems are often also more reliable than their older counterparts and are much better suited to integrating with digital call management and routing systems.

VoIP is an internet-based technology which has revolutionized the telephony world. Its applications are many, and worldwide adoption is a near certainty in the not too distant future.

This site is a free online resource that strives to offer helpful content and comparison features to its visitors. Please be advised that the operator of this site accepts advertising compensation from companies that appear on the site, and such compensation impacts the location and order in which the companies (and/or their products) are presented, and in some cases may also impact the rating that is assigned to them. To the extent that ratings appear on this site, such rating is determined by our subjective opinion and based on a methodology that aggregates our analysis of brand market share and reputation, each brand's conversion rates, compensation paid to us and general consumer interest. Company listings on this page DO NOT imply endorsement. We do not feature all providers on the market. Except as expressly set forth in our Terms of Use, all representations and warranties regarding the information presented on this page are disclaimed. The information, including pricing, which appears on this site is subject to change at any time.

RingCentral brings a strong set of capabilities with a large selection of call features including mobile integration, sophisticated PBX features, and unlimited SMS. The extensive feature set comes with no contractual requirement and at a...

Vonage VoIP Business Solutions are a good option for small-, medium-, and enterprise-level businesses that need a scalable, easy to use VoIP platform with premium voice clarity and a wide array of solutions for specific business needs. A...

Ooma has earned PCMag.com's Business Choice award as the #1 VoIP provider for small business. That's because the company's technology, based on free service residential users, is designed to give you the professional presence of...

Jive Communications supplies hosted VoIP services to businesses of every size. The company prides itself on easy setup, with no on-premises equipment necessary, other than phones, which you simply plug into the internet and you’re... 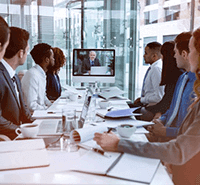 VoIP vs SIP: Which Communication Solution is Right for Your Business?

OnSIP vs RingCentral: Which is the better business VoIP system? 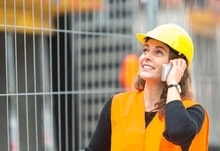 5 Best VoIP Solutions for the Equipment Sales and Rental Industry