Compare the Best PBX Providers of 2020

A PBX phone system enables your company to save money by sharing external phone lines. We've ranked
and reviewed the top PBX systems so that you can select the right one for your business' needs.

This site is a free online resource that strives to offer helpful content and comparison features to its visitors. Please be advised that the operator of this site accepts advertising compensation from companies that appear on the site, and such compensation impacts the location and order in which the companies (and/or their products) are presented, and in some cases may also impact the rating that is assigned to them. To the extent that ratings appear on this site, such rating is determined by our subjective opinion and based on a methodology that aggregates our analysis of brand market share and reputation, each brand's conversion rates, compensation paid to us and general consumer interest. Company listings on this page DO NOT imply endorsement. Except as expressly set forth in our Terms of Use, all representations and warranties regarding the information presented on this page are disclaimed. The information, including pricing, which appears on this site is subject to change at any time. 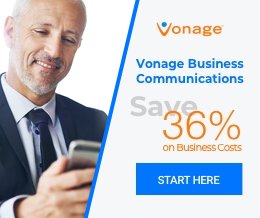 What is a PBX Phone System?

PBX stands for Private Branch Exchange, which is a private telephone network that's used within a company. Traditionally, companies utilizing a PBX system would have specific proprietary phones for the software. Nowadays, however, most companies use Open-Standards-based IP-PBX, which allows the companies to use the IP in VoIP as the transport technology. Besides saving your company money, a PBX phone system bypasses many of the traditional phone system delays, such as

A Private Automatic Branch Exchange is slightly different than a traditional PBX system in that calls and exchanges are taken care of automatically, as opposed to via a live operator. Most systems nowadays are in fact PABX systems even if only referred to as PBX. It's important to understand all of the details associated with PABX systems in order to make the most of it in your company.

You want to learn more? Try our ultimate guide to a PBX phone system

Benefits of PBX for Business

As your company grows you’ll need to scale your VoIP system as well—and a PBX system is the best way to link all of the phones in your company together, even across multiple locations.

Here are some of the benefits to incorporating PBX in your business:

Here are some of the main differences between hosted and on-premise PBX:

When deciding between a hosted PBX and an on-premise PBX, the question basically comes down to your company’s size and IT capabilities and needs:

Here’s a breakdown of the choices. If your company is small and needs to stay conservative with money, and also doesn’t have the proper in-house IT capabilities, it’s probably better that you start out with a hosted PBX system. If, however, your company has in-house IT capabilities that can handle its own phone system’s needs, then the on-premise PBX is the way to go.

Whichever type of system you choose, get informed before jumping in. Take a look at the best PBX systems mentioned above and be sure to read the details about each company in order to find the one that fits every major need of your company.